Unidad documental simple 2 - Towards a Peaceful Solution in East Timor 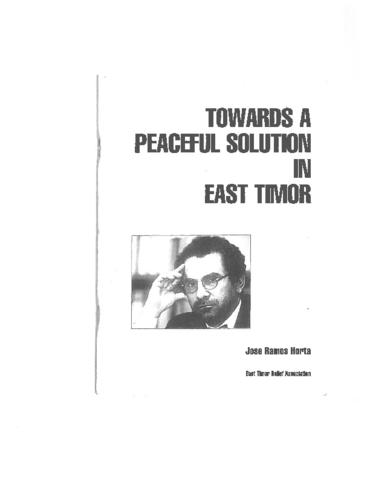 CNRM was formed in 1987 as an umbrella independence movement to unite previous dispartate groups. For details see the CNRM self-description at http://www.ci.uc.pt/timor/cnrm.htm