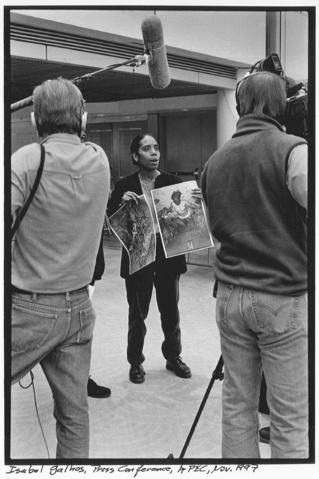 In Canada, solidarity activists rallied to try to make a “citizen’s arrest” of Indonesian president Suharto at the 1997 APEC summit, picking up on the example of Timorese activists who had put their country’s struggle at the centre of the 1994 APEC summit in Jakarta.
-Bella Galhos presents media with photos of torture in East Timor outside the APEC summit, Vancouver, 1997 (Photo: Elaine Briere)