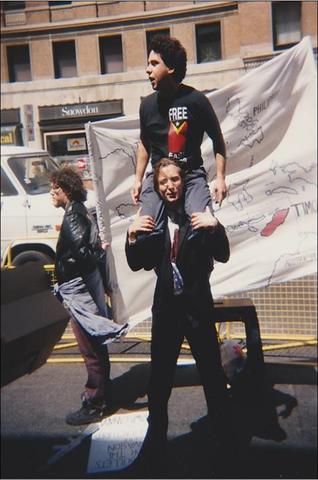 João Santos Rolo and street theatre troupe at protest outside the Bata Shoe Museum, Bloor Street West, at a protest organized by ETAN/Toronto