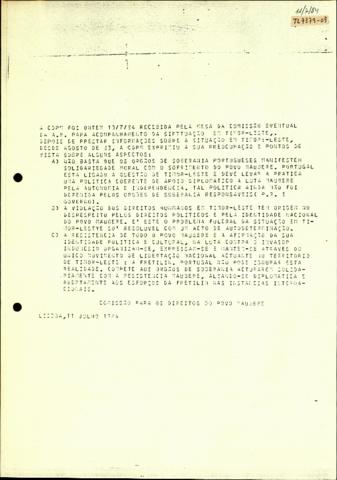 Press release concerning the meeting between CDPM and some Portuguese authorities where CDPM exposed its deep concerns. As they say, it is not enough that a few Portuguese organs of sovereignty manifest their solidarity with the Maubere people, instead, Portugal is a key actor in this struggle and should position itself as one. They also state that human rights violations in East Timor begin with the non-recognition of the Timorese right to self-determination and that Portugal should accept FRETILIN as the only movement to national liberation, aligning itself diplomatically to FRETILIN's efforts in the international arena.