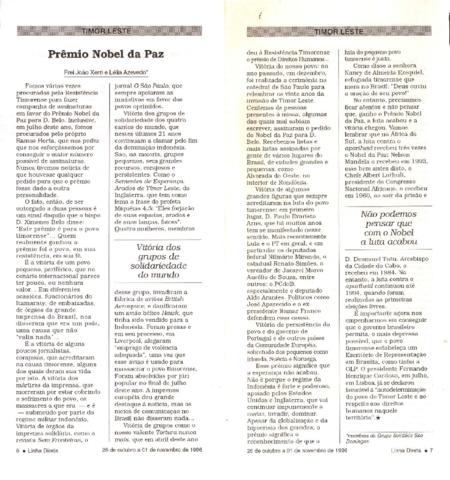 This PDF document contains textual sources and images pertaining to topics on the Indonesian ambassador, the Nobel Peace Prize, Ramos-Horta, Bishop Belo, and Xanana Gusmão. The Brazilian effort to aid East Timor was brought up in various articles and papers, with reference to the Brazilian Worker’s Party and the Catholic Church of Brazil.

All of the documents are written in Portuguese but described in English.