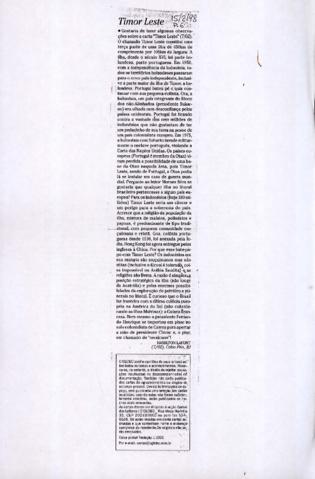 This PDF document contains textual sources and images pertaining to topics about Habibie’s government, the liberation of Xanana Gusmão, negotiations between Portugal and Indonesia pertaining to East Timor’s independence, the Conselho Nacional de Resistencia Timorense, the unification of Portuguese-speaking countries, and Brazil’s stance on the issue in East Timor.

All the documents are in Portuguese with an English description.