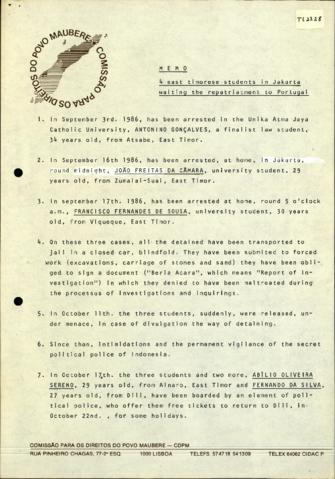 Memorandum written by CDPM to raise awareness about the situation of four Timorese students that lived in Jakarta and were arrested by Indonesian officials and subjected to forced labor. The document also speaks about the role of the international community in this case, because public pressure made by international civil society directly influencing their release, even though they were still threatened constantly and wanted to leave the country to go to Portugal or to the Netherlands.