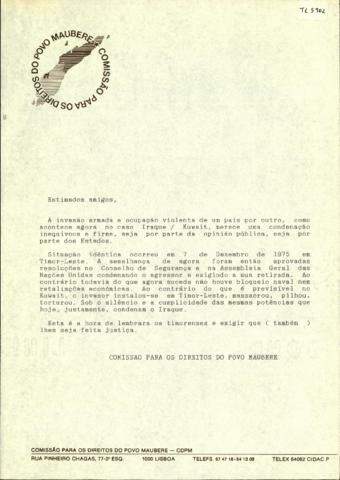 Official title: Estimados amigos
Contents: Letter by CDPM comparing the different treatment given to the Iraq invasion of Kuwait and the Indonesian invasion of East Timor. In both cases some resolutions were approved by the UN, condemning the aggressor and demanding reparations, but in the first case, more dramatic measures were taken (such as a naval blockade and economic retaliations) to stop the invasion. The letter asks that due attention be paid to the East Timor situation.