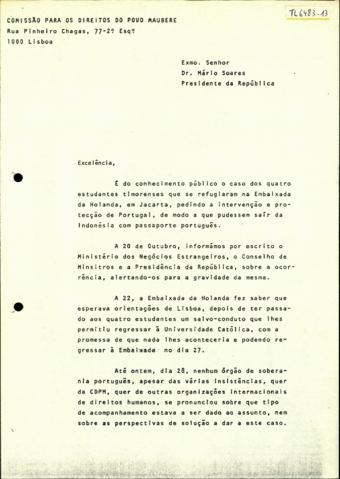 Letter by CDPM to the President of Portugal harshly criticizing the silence and immobility that the Portuguese Government was giving to the cause of the four student refugees at the Netherlands' embassy in Jakarta, asking to leave the country with Portuguese passports and under Portugal’s protection. CDPM, after an exhaustive attempt at dialogue with all the institutions involved, took the liberty of addressing a letter to the maximum authority of Portugal, appealing for him to exercise his solidarity and do something to preserve the lives of these four young students.