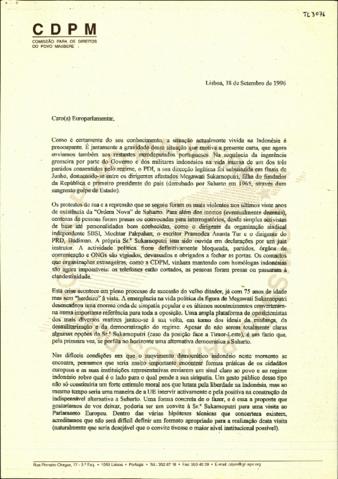 Letter by CDPM to the European Parliamentarians claiming for solidarity and for a strong declaration of their position by the European representative institutions. The letter relays the CDPM's concerns about the chaotic situation regarding the Dictator's succession and the possibility of a democratic emergence to substitute Suharto. The second letter, in English, is directed to Ms. Megawati Sukarnoputri recognizing her courage and determination and expressing sympathy with her cause.