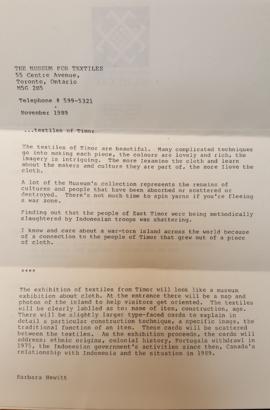 Various documents about the Museum for Textiles in Toronto. The Museum of Textiles is a non-profit educational organization incorporated in 1975.
This item includes 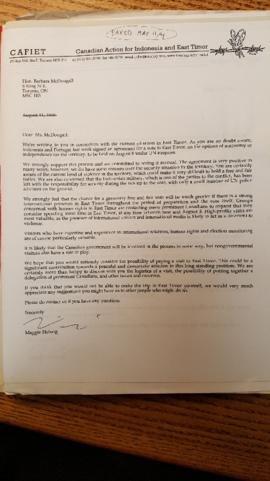 This file includes documents from the Canadian Action for Indonesia and East Timor, a response from the Department of Foreign Affairs and International Trade (CA) and handwritten notes.
Contents: 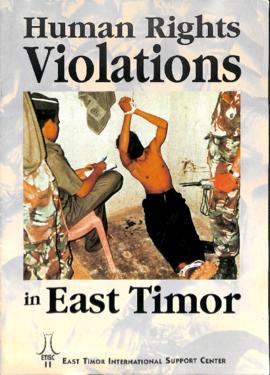 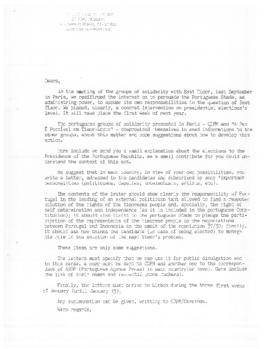 Part of Commission for the Rights of the Maubere People (Portugal) 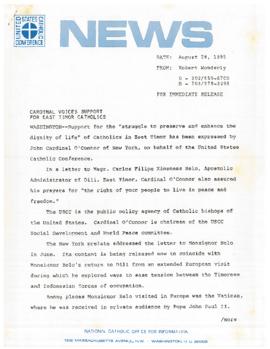 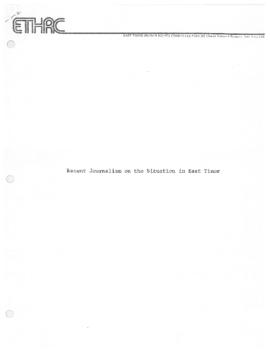 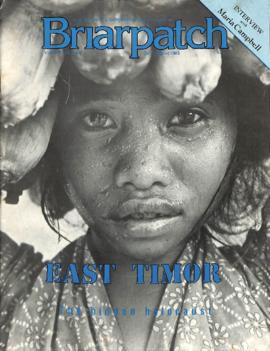 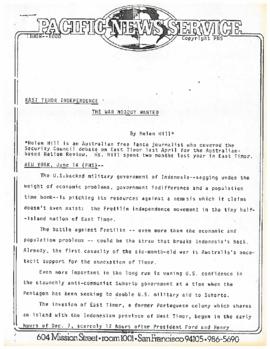 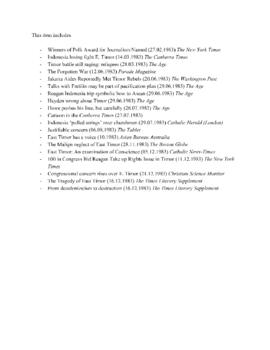 Various newspaper articles that were written about East Timor and Indonesia in 1983.

It includes a list within the item that has every article title/date/newspaper on it. 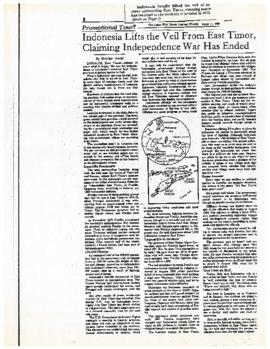