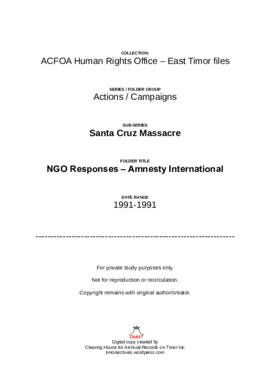 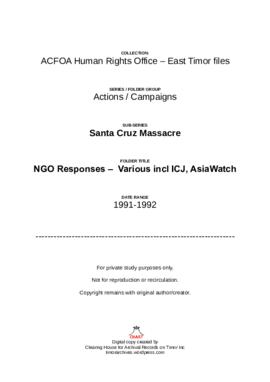 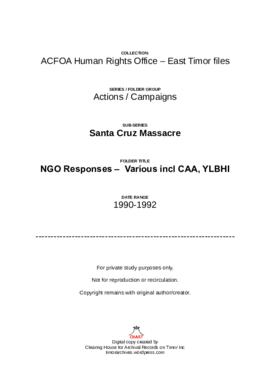 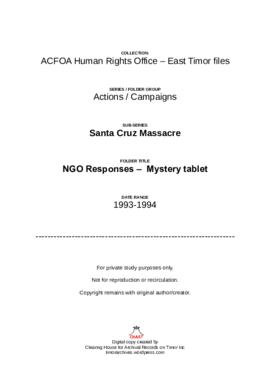 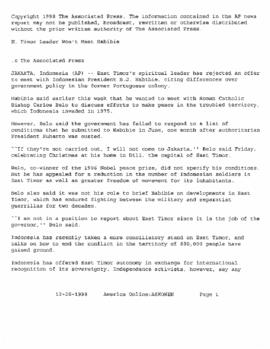 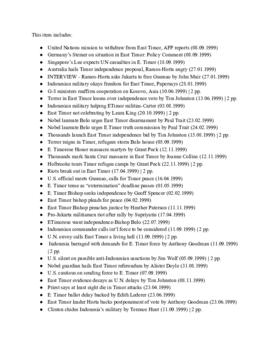 Online publications that were published in 1999.

The first page of the item has a list of every item included in the attachment. 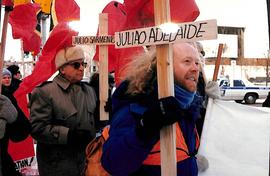 Demonstrators carry crosses with names of those killed at Santa Cruz massacre, Ottawa, 1995. 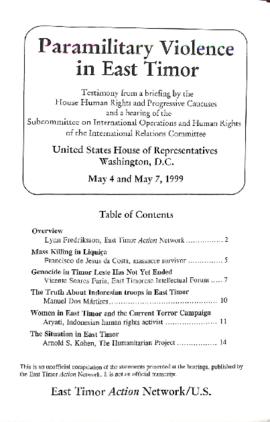 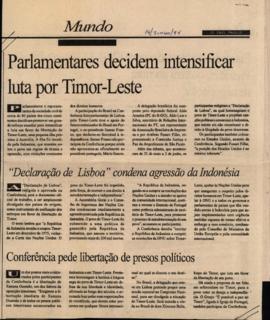 This PDF document contains articles, emails, and other sources pertaining to topics about the 1996 Nobel Peace Prize, Ramos-Horta and Bishop Belo, and Brazil’s relationship with East Timor. 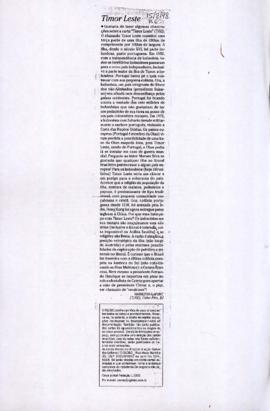 This PDF document contains textual sources and images pertaining to topics about Habibie’s government, the liberation of Xanana Gusmão, negotiations between Portugal and Indonesia pertaining to East Timor’s independence, the Conselho Nacional de Resistencia Timorense, the unification of Portuguese-speaking countries, and Brazil’s stance on the issue in East Timor. 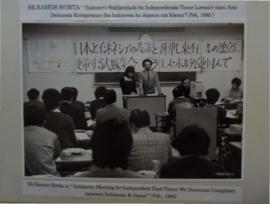 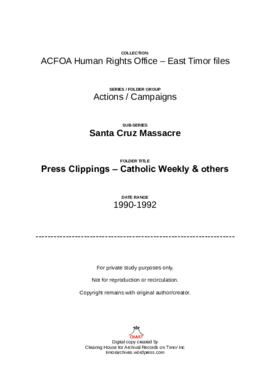 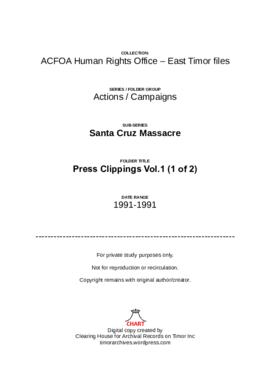 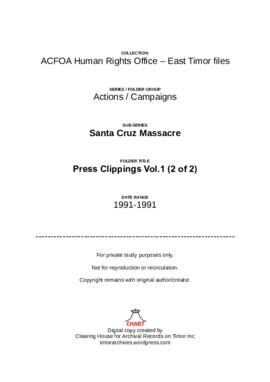 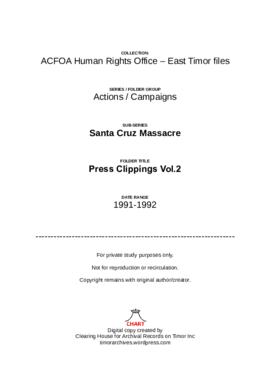 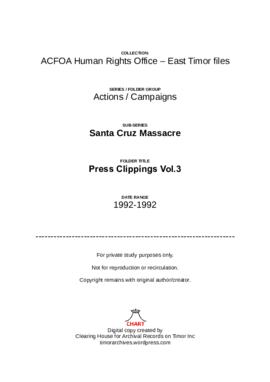 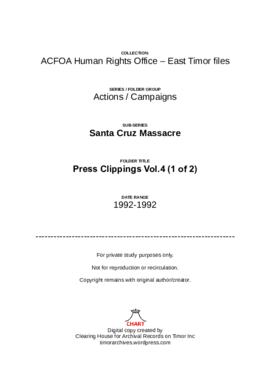 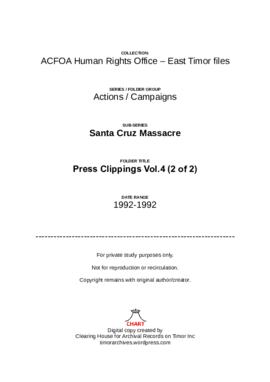 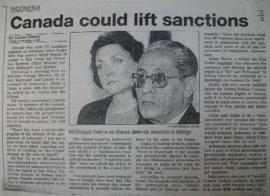 This item contains newspaper articles about Canada's decision to lift the sanctions off of Indonesia in 1992. 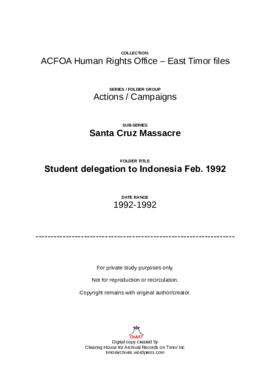