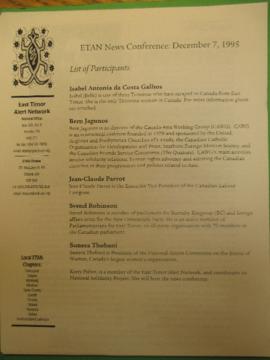 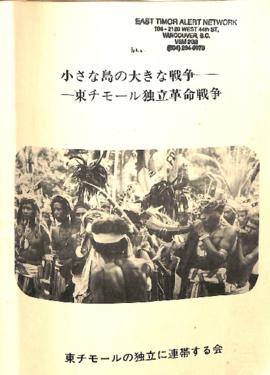 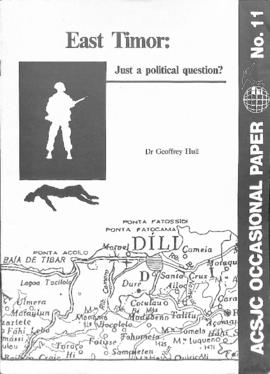 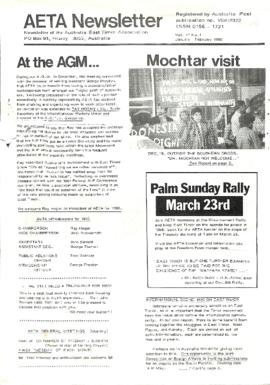 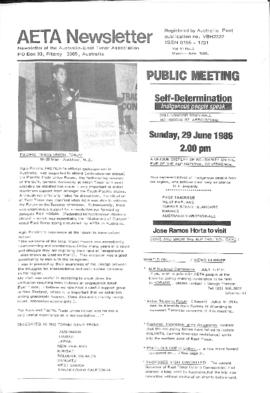 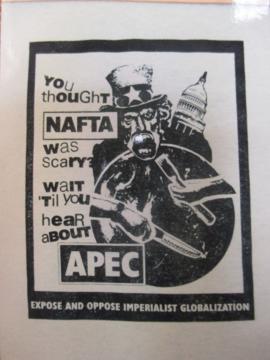 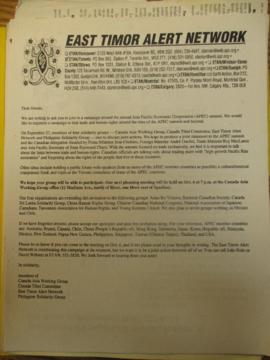 Part of Commission for the Rights of the Maubere People (Portugal)

Official title: Timor Leste
Contents: Pamphlet by the APPTL encouraging the necessity of a referendum so the people of East Timor could democratically decide their future. It contains motivational quotations from Xanana Gusmao and Mons. Belo. 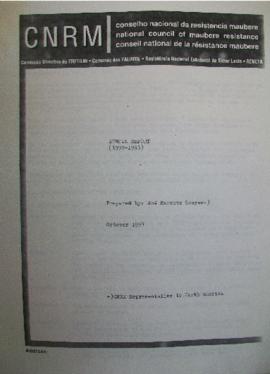 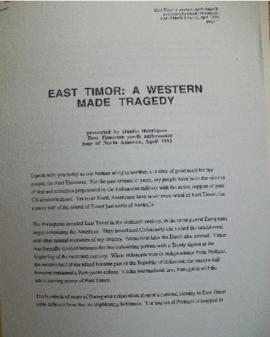