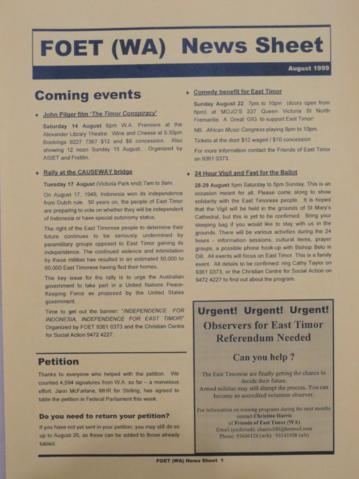 (Sample draft description, incomplete). Established around the time of the occupation, FOET-WA was one of the first solidarity groups in Australia, but faded and re-appeared over time. In the 1990s it began to publish East Timor: The Inside Story. It was active in numerous campaigns, taking the lead on several including the campaign to free youth activist Jose Antonio Belo in the mid-1990s. It had no office and its membership shifted voer time extensively, but it was always informally linked to the office of Senator Gordon McIntosh.