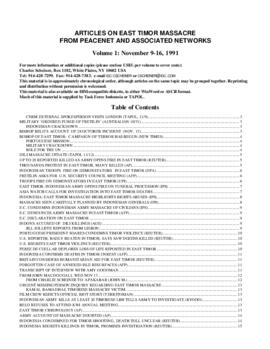 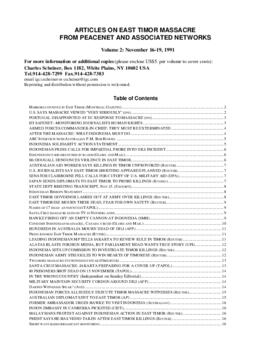 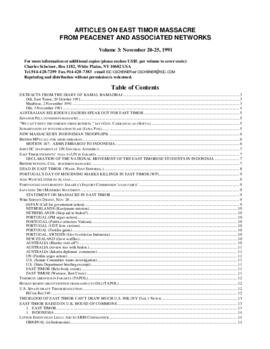 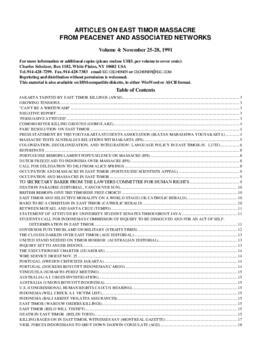 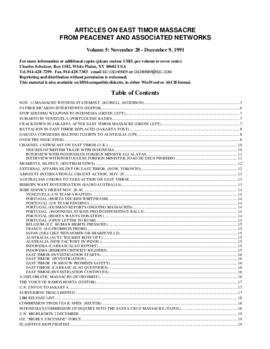 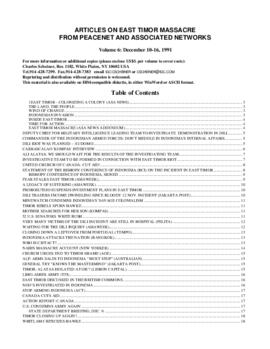 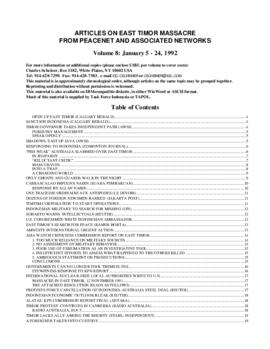 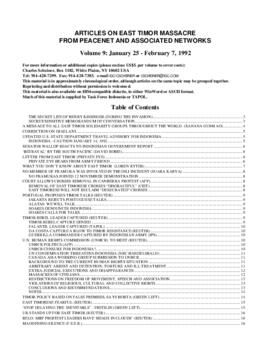 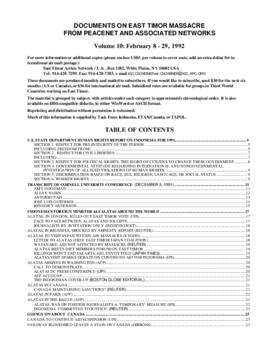 Documents on East Timor from PeaceNet and connected computer networks