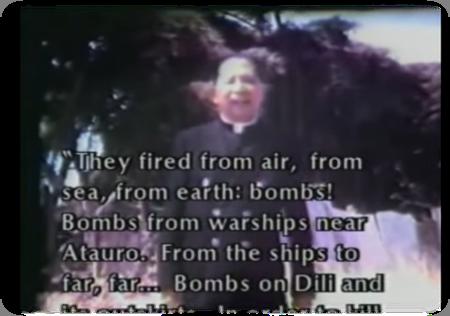 In 1983, Monsignor Martinho da Costa Lopes became the first Timorese voice to speak in Canada since the 1975 invasion. He had recently been removed as apostolic administrator of the diocese of Dili – in de facto terms, head of the Timorese Catholic church – for being too critical of Indonesia’s human rights record. Msgr da Costa Lopes came at the invitation of the Canadian Catholic Organization for Development and Peace, meeting Canadian Catholics and also lobbying the government and speaking to the
Canadian media.